Kids invent their own play

This week we were at the Toy Fair in New York, where we also attended the Digital Kids Conference, which I discuss in another blog post. Toy fairs are a gigantic play-yard, where you can spot kids marketing trends, trends in play and of course trends in the industry.

This year, the one trend that topped it all was the empowerment of kids in play. While construction sets such as Lego have always been successful thanks to their empowering and free play pattern, now a whole new angle is added to this by a lot of new and more traditional players in the market. Whether it be digitally or not, kids are put in control and not only customize their toys (we already saw that a lot over the last years) but they are now enabled to invent their own play pattern and construct or customize their toy. Often there is a social component, allowing sharing of their creations with the outer world. The kids create the show…

A few examples we saw: Technology Will Save Us comes with a DIY gaming kit (see picture). Bloxels allows you to ‘code’ your own video-game by scanning in blocks you arrange on a grid board. The 3d printed toys trend also certainly fits into this trend (with for instance the Thingmaker, the buzz-creating home-3D printer from Mattel).

They were strongly present over the last years, but they become more sophisticated, more accessible and more widespread. While some brands took out the tech again from their toys, as it was not really relevant, we see more useful, more integrated, better thought off connected/tech toys. Often those toys have first to be constructed by the child, which makes them truly educational. Which will bring us to the following trend, but first a few examples: again Technology Will Save Us will bring next July a DIY mover kit, a wearable to be constructed by kids which will respond to their movement. Jimmy the Robot comes as a construction set and must be programmed by the child. Sphero will launch a smart band (the ‘Force Band’), controlling its BB8 in September. And in the drones category, we noticed the Minecraft Ghast Drone.

If it were to depend on the toy industry, our next generation of kids will have strong engineering skills, that’s for sure! We see a lot of coding toys (such as the Wonder Workshop), learning apps, scientific modeling toys, and manufacturers go all the way in proving that their specific toy has the best educational properties. This trend is often related with the two previous trends: kids learn while creating and they now learn about technology while using tech toys. Robots aren’t just robots any more…
A nice example of this is the SmartScope from Ravensburger, allowing to explore your surroundings with your smartphone which will operate as a microscope for whatever you put in front of it.

A great number of times we spotted toys that in some way bring back family values and the concept of simple quality time in over-connected times. We spotted slogans like ‘Puzzles for the whole family’, ‘Unplug your kids, connect the family’, etc. A nice example is from Scrabble, who keep the family together even when they are not, with their ‘fridge-Scrabble’ (‘board edition’): Play whenever you have time. Each player can play along, even when they are not present, they just make their move at their next appearance in the kitchen. Cooking stuff, lots and lots (and lots) of board games, and other typical family activities were everywhere. Moore Dolls has dolls operating as an avatar in a protected social network, that can also serve as a kind of group chat for other family members (Moore Talk).

VR gets affordable now, thanks to the View-Master VR-viewer from Mattel, which is now ‘in market’ (based upon the Google Cardboard technology). We are excited and curious to see what will happen in that space over the year to come. With the Google Cardboard there is also a good solution to use this for marketing purposes (cheap and easily customizable). We will certainly see more of those!

And the winners are…

Traditionally at the Toy Fair the winners are announced of the ‘Toy of the year award’. More infos about the winning products and other nominees are to be found on the organizers website. 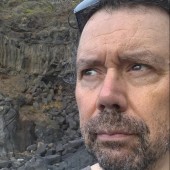 All stories by: Gerda Van Damme